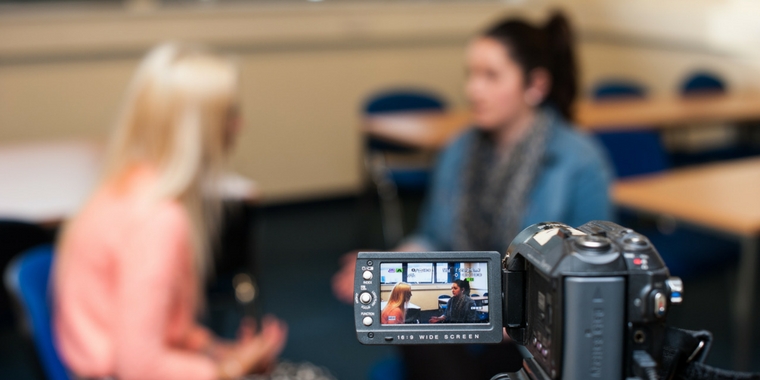 If you’re interested in a career in media but aren’t sure yet which path to take, then this course can help get you on the right track.

If you don’t have formal qualifications, but have life experience, then we’ll also consider you for a place, so please call us for a chat.

This course is a mixture of theory and practical skills to prepare you for higher level study.

Here’s just some of what you’ll be doing, often working in groups:

And like all our media students, you’ll also have the chance to:

You’ll also build transferable Essential Skills in meaningful contexts to help you become more effective in life, learning, and work. This could be communication, numeracy, ICT, working with others, and problem solving.

When you successfully complete this course, you’ll have the choice of:

With additional qualifications, you may be able to progress to a degree programme, such as Broadcast Production or Filmmaking and Screenwriting at UWS, or media courses at e.g. Glasgow, Glasgow Caledonian, Stirling, Queen Margaret or Edinburgh Napier Universities.

BE INSPIRED BY OUR BLOG