Ayrshire chef is first recipient of the Andrew Fairlie Scholarship

A Professional Cookery graduate of Ayrshire College, originally from Kilmarnock, has been named as the recipient of the inaugural Andrew Fairlie Scholarship.

Emma-Rose Milligan, 24, is a demi chef de partie at Roux at Inverlochy Castle and was inspired to apply for the scholarship after returning from work in France.

Her time in France was part of a three-year training programme with one of the world’s most famous chefs, Albert Roux OBE.

Having also worked at Braehead Foods in Kilmarnock and The Three Chimneys in Skye, Emma-Rose has experienced so much in the hospitality world since leaving Ayrshire College in 2016.

Now she’s excited about the new opportunities that will be presented to her over the next year through the Andrew Fairlie Scholarship – which offers one male and one female chef the opportunity to enjoy placements at the Culinary Institute of America and Andrew Fairlie at Gleneagles.

Emma-Rose said: “I’m overwhelmed. I don’t think it’s really sunk in yet. I was shocked that I won, but I’m so grateful to be recognised with this opportunity. I’m really looking forward to it.

“I looked up to Andrew Fairlie. I briefly met him when I first met Mr Roux, and he was a lovely man. You could see he was humble in everything he did and that despite being a world-class chef, none of the recognition went to his head.”

Emma-Rose said “At the first stage, we had to design a menu and cost it – which I learned from the college. That got me through to the finals, where nobody knew what they were required to do until the day itself.

“The main dish, which we had two hours to cook and present, was a mountain hare dish that Andrew Fairlie liked to cook. The judges were looking at your technical ability and how you held yourself in that stressful environment.”

By winning the scholarship, Emma-Rose is an invited guest of the Hospitality Industry Trust (HIT) Scotland at the prestigious HIT Edinburgh lunch on 22 November. Here she will meet Mark Flanagan, the Queen's personal chef and head chef to the Royal household.

Emma-Rose said “I’m looking forward to it. I’ll be answering a few questions about my career to date, and it’ll be great to meet Mark Flanagan and network with other talented chefs.

“There are so many people that have pushed me and helped me throughout the years, giving me the confidence and the knowledge to progress so far. I wouldn’t be here today without them, particularly the Ayrshire College lecturer Claire Anderson.” 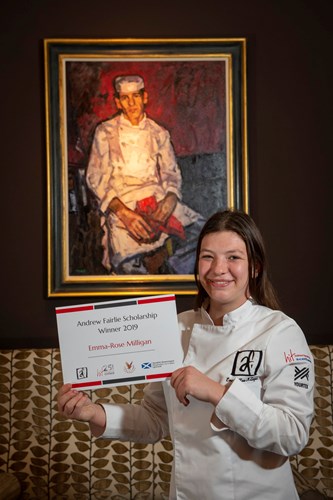 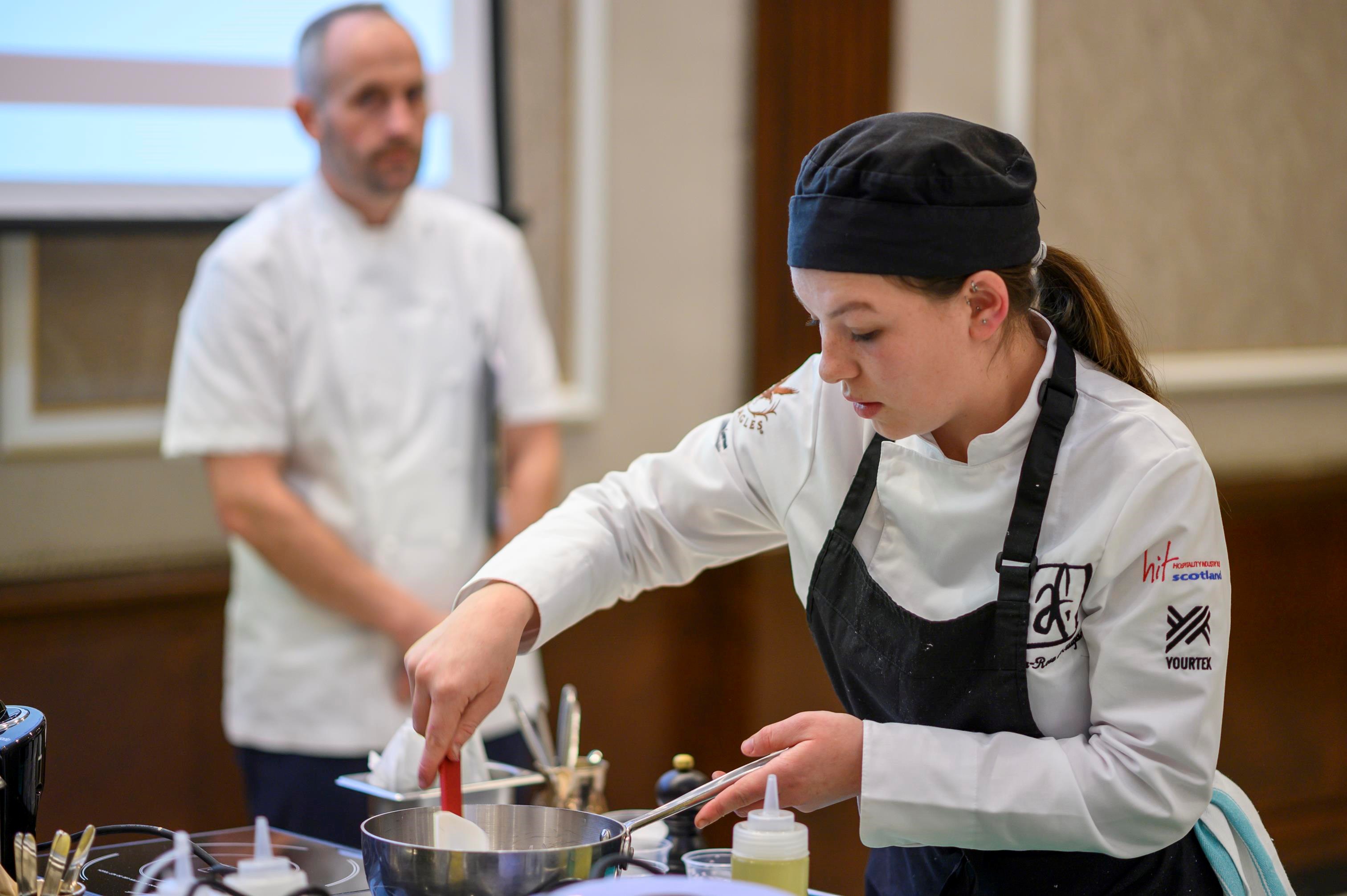