The Fellowship Awards were handed out at the college’s latest graduation ceremony, held at Kilmarnock’s Grand Hall on Friday 25 October to celebrate the achievements of HNC and HND graduates from the Kilmarnock Campus.

This is the first time Ayrshire College has awarded honorary fellowships.

The decision was taken to honour Kris and Rose for their contributions to the local community.

The first Fellowship Award was presented to Rose Reilly, who was voted the world’s best female footballer in 1983, and was inducted into the Scottish Football Hall of Fame in 2007.

Rose, from Stewarton, left home at 17 to follow her dream of becoming a professional footballer and is the only Scot to have won a World Cup winner’s medal, having played for Italy at the 1983 World Cup – scoring in the final.

Rose is an excellent role model for young women and continues to work to break down barriers for women wanting to get into sport.

Kris grew up in the South Ayrshire village of Tarbolton and started (and finished) his senior career with Kilmarnock and is the top goalscorer in the history of the Scottish Premier League, with 167 goals in total. More recently, he established The Kris Boyd Charity, which has been set up to help those suffering with mental health issues.

Kris has worked very closely with Ayrshire College with its #PassingPositivity mental health awareness campaign, and this month launched free sports academies at the college through the #ConnectingCommunities initiative.

Carol Turnbull, Principal of Ayrshire College, said: “We have introduced the Fellowship Award for individuals who have made a difference in our community. We want to honour them for their inspirational work, and recognise how they have helped our students aspire to be the best they can be in their careers.” 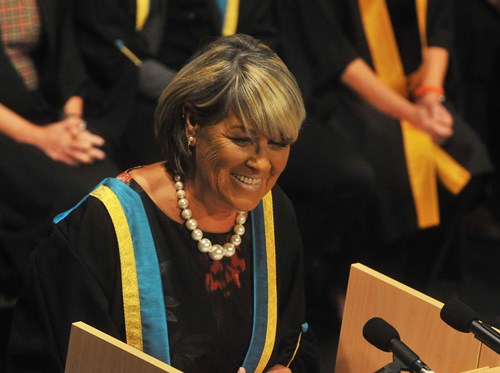 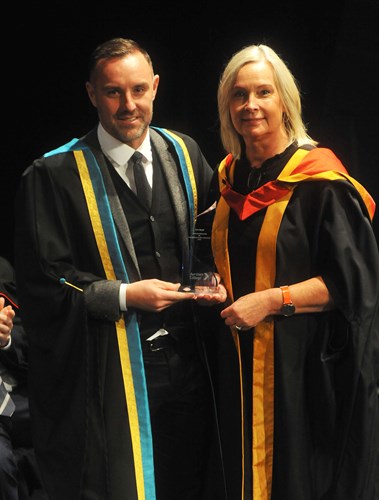