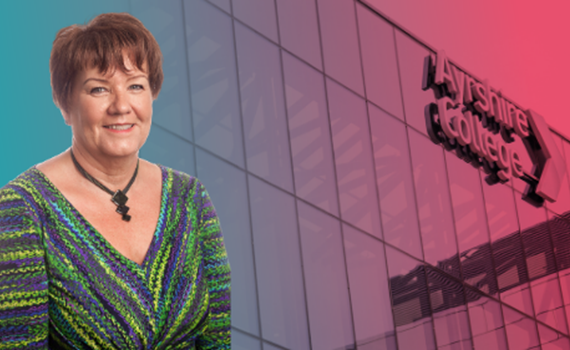 Position: Interim Chair of the Board of Management

Fiona has been appointed as Interim Chair of Ayrshire College effective 5 March 2022.  Fiona has been a non-executive board member of the College for the past 3 years and has held the role of Vice-Chair of the Board of Management and Chair of the Learning, Teaching and Quality Committee and the Performance Review and Remuneration Committee.

Fiona's career spans three decades of executive public sector leadership, primarily across the health system and latterly within the Civil Service. She was appointed as an Executive Nurse Director in 1993 and has held a variety of roles, including the Chief Nursing Officer for the Scottish Government. Fiona was awarded a CBE for services to the NHS in June 2021. 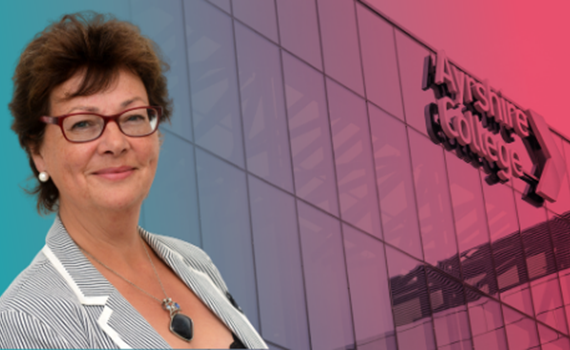 Dr Elaine Anderson has recently retired as an Oncologist in the management of breast cancer for over 30 years. During her career as a surgeon and a senior manager within the NHS, Elaine also lectured at the University of Edinburgh and was an examiner at both undergraduate and postgraduate levels.

Since retiring in 2017, Elaine has drafted the new Cancer and Managerial Strategy for NHS Lothian. She is committed to the provision of education as a means to maximising the skills and opportunities available to the general public and young people in particular. 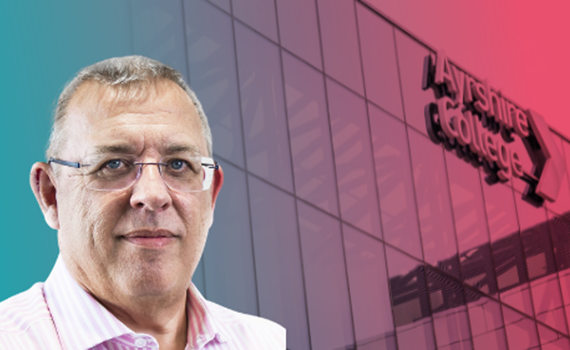 Norman was appointed Chair and CEO of Leonardo in the UK on 1 September 2016 and is also Managing Director of Leonardo Electronics, a post he assumed on the formation of the division in February 2019.  Norman leads an international team based in the UK, Italy and the USA.  In his position as Chair and CEO of Leonardo in the UK, Norman is responsible for the growth and development of the business and, in the USA, he is a member of the Leonardo Electronics Inc. Board of Directors.  Norman is co-chair of the Defence Suppliers Forum alongside CEO of UK DE&S, a member of the Defence Growth Partnership Steering Committee, former Chairman of SBAC (now ADS) Scotland and is also Co-Chair of the Committee looking at encouraging Young People into Engineering, under the Sponsorship of HRH The Prince of Wales. 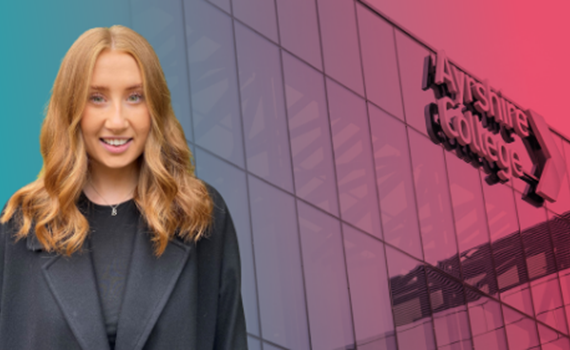 Growing up in Ayr, Beth attended Belmont Academy and was involved with the Burns Club of Alloway and Ayr Roberts Burns Club. Beth then studied Business Management at the University of Glasgow before beginning her career on a graduate scheme with Jabil and then onto a position in category management with Maxiim.  Beth is currently an Account Executive at Booking.com

As a relatively young person, Beth believes that she will make a valuable contribution as a board member and that the experience would equally support her own personal development. 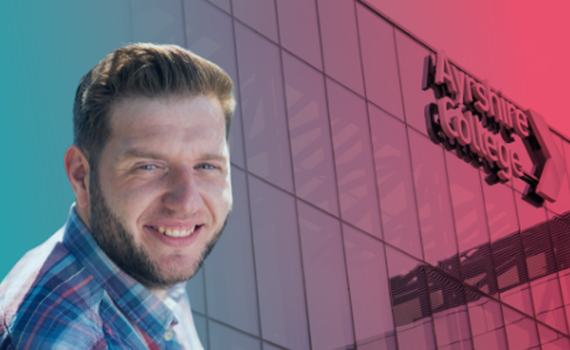 Steven currently works within the Schools, Essential Skills and Widening Access department of the College and has been in his current role for 6 years. Steven previously served as Student Vice President of Ayrshire College and Student President of the legacy Ayr College.

Steven’s work concentrates within the HIVE and collaboratively working with curricular areas across their Level 4 programmes, all helping to widen the access of College to the communities in which we serve. He has a passion for making colleges the 1st choice for provision in addition to his passions of equality and wellbeing. 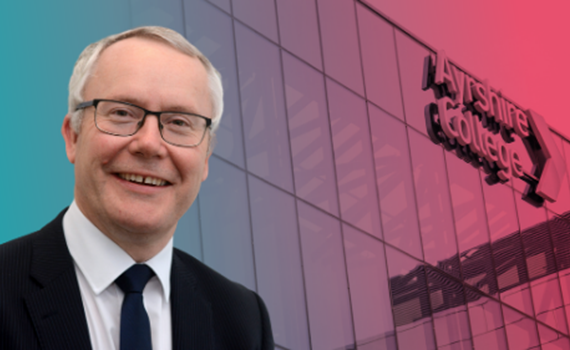 Steve is a Chartered Engineer and a Fellow of the Institution of Engineering and Technology. Having spent 10 years in the RAF as an Engineer in support of the Nimrod aircraft, Steve left the Service in 1994. Following a 4-year period working for a large US avionics manufacturer, he joined the National Air Traffic Service (now known as NATS) in 1998.  Having served as leader in a number of engineering and computing support roles, including as Review Board Chair for major investment projects, Steve now holds the position of Head of Operational Requirements & Acceptance for NATS. 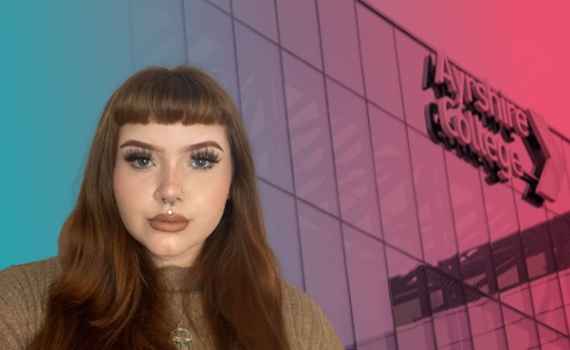 As a Student Ambassador previously, Ellie has valuable experience in dealing with students’ issues regarding their learning, especially during the pandemic, and has previously assisted students to have their concerns met and their voices heard. As Student President, Ellie aims to carry the same goals of improving the student learning experiences and allowing students to feel seen and heard. Ellie’s focus as Student President is to bring more awareness to mental health both within and outside the College to ensure that the correct support is provided where necessary.  Ellie looks forward to working with Board members and to working with colleagues to help raise the student voice. 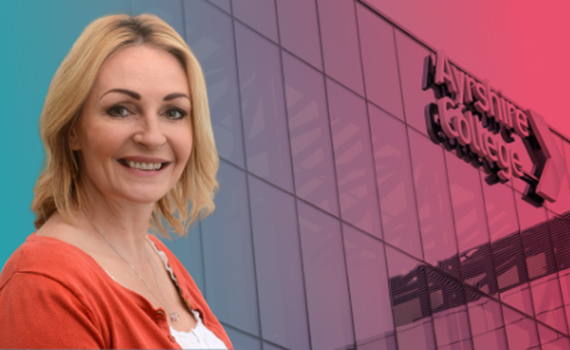 Mary left school to pursue a four-year athletic scholarship in in the USA and became a professional athlete.  She combined her career with part and full-time studies, culminating in the award of a Masters Degree in Performance Psychology. Mary is currently Director of NLP with Aurora Wellbeing and passionately believes in providing people from all parts of society with the opportunity to maximise their potential through the provision of opportunity, environment and encouragement. 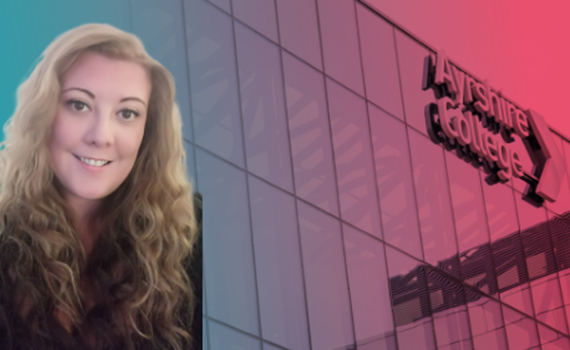 Janette has been a Lecturer of Social Science with Ayrshire College since 2004. She has active interests in digital technology for learning and teaching and is currently working hard on developing her digital skills to fit into this modern teaching world!

Janette is a newly elected member of the Board and is looking forward to being part of this important team and of the experience it will provide. 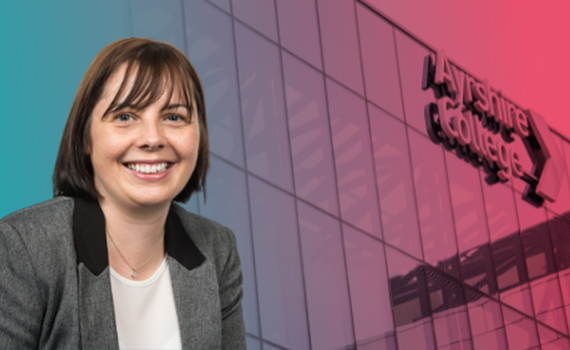 With an honours degree in Health and Social Care and as a registered nurse, Sharon returned to formal education during her career and studied dental nursing.  Later in her career, she studied full time to complete a Masters in Business Administration in 2018.  Sharon was a trainer for the NHS Education for Scotland Practice Manager course and she supported the Modern Apprenticeship programme. Following the sale as Co-owner, Managing and Operations Director with Three Towns and Kilwinning Dental Care, Sharon established 'Tomorrow Services Ltd’ and is currently the Coordinator with The Living Room, a local community hub for people experiencing mental health issues.  Sharon believes her experiences, skills and knowledge working with small to medium enterprises will prove valuable as a Board Member.  Sharon is fully committed to supporting the College and has always promoted continuing education, training and development to support career aspirations. 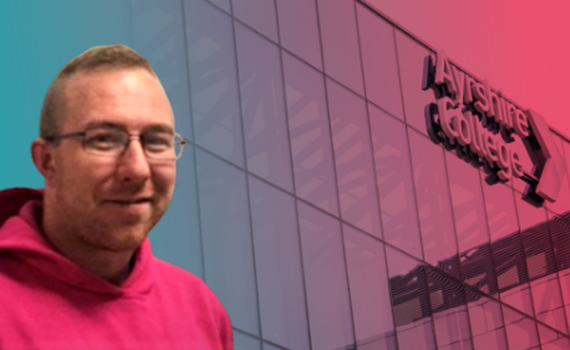 Having become a student at Ayrshire College in 2019 to study Health and Social Care, Steven has focused a lot of his time on the promotion of Mental Health and Wellbeing during this time. As the elected Student Vice-President for AY2021-22, Steven has made the promotion of mental health and wellbeing one of this years’ main priorities for the Student Association.  He looks forward to being able to help support the students of Ayrshire College for another year. 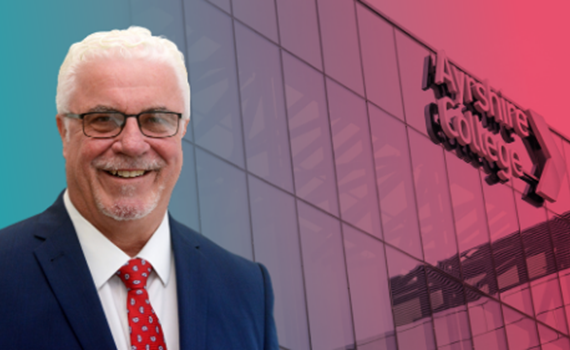 Mike is committed to the development of the young workforce and apprenticeship programmes in Ayrshire, whether it be for the aviation/aerospace industry or for other employers seeking a skilled workforce. 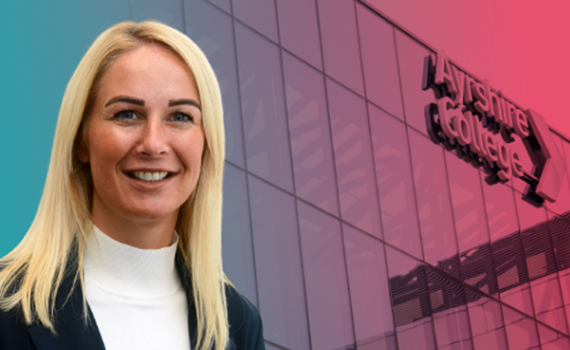 Graduating with a Masters Degree in English Literature, Alison has been a member of the General Teaching Council since 1999. Since then her roles have included Depute Head at Ardrossan Academy, Head at Dumfries High School and Head at Irvine Royal Academy. It was during her time are Irvine Royal Academy that Alison became familiar with Ayrshire College's work as a result of their partnership with North Ayrshire Council, utilising a vacant wing of the Academy.

Alison was appointed as Head of Service for Children, Families & Justice Services in North Ayrshire Council in 2019, a role which she continues to fill. 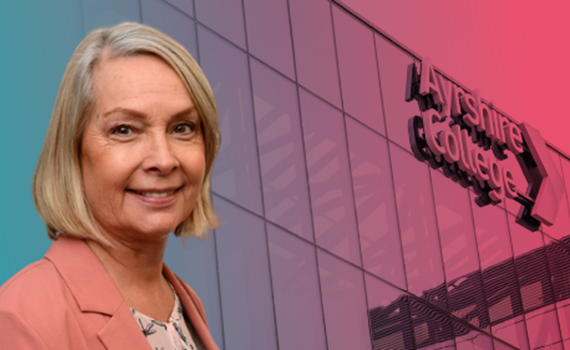 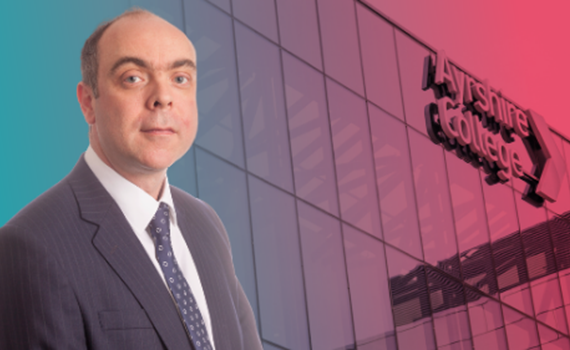 Originally from Girvan, Steven qualified with an Honours Degree in Accounting and Finance at Glasgow University before embarking on a global career with the Weir Group PLC. Steven is currently the Chief Financial Officer for the University of Strathclyde.

Steven is a strong believer in working in tandem with employers and stakeholders to identify employment opportunities and curriculum developments designed to match their needs.  Steven is also strongly supportive of the provision of modern apprenticeships and the role they can play in developing the local economy. 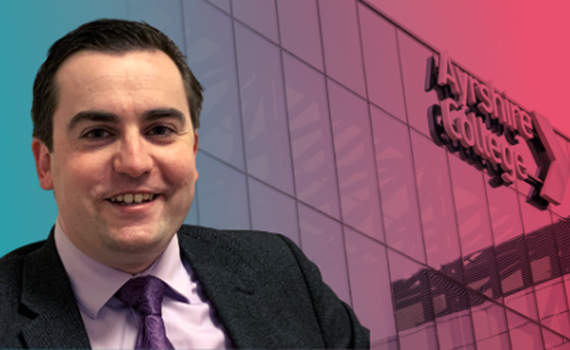 An Ayrshire native, Matthew is an Incorporated Engineer with the Institute of Engineering and Technology and a Chartered Manager. Following his graduation from the University of Strathclyde, Matthew joined Glasgow Prestwick Airport and held several roles culminating in appointment as Head of Department for Engineering and Capital Projects.